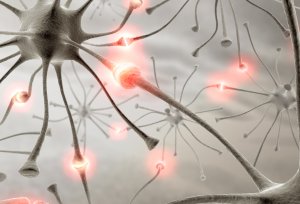 A healthy 23 year old woman presents 37 weeks pregnant seizing. She has no history of seizures, drugs, trauma, illness, etc.  You are addressing the A, B, Cs and the nurses asks “what med do you want to stop the seizure”?

Pre-Eclampsia:
High blood pressure in pregnancy is a leading cause of maternal and perinatal mortality and morbidity. Hypertension (HTN) represents a spectrum of possible disorders (pre-existing HTN, pregnancy induced HTN, pre-eclampsia and eclampsia).
Pre-eclampsia is defined as HTN and proteinuria. Between 2-8% or pregnancies develop pre-eclampsia. Woman who have HTN before the become pregnant have a 20% risk of developing pre-eclampsia.
Hypertension in pregnancy is a diastolic BP >90mmHg measured twice. Systolic BP of >140mmHg should be follwed closely for the develpment of diastolic HTN. Severe HTN is a diastolic BP>110mmHg or systolic BP >160mmHg.
Protein in the urine is the other component to make the diagnosis of pre-eclampsia. You should strongly suspect proteinuria when the urinary dipstick is >2+. Proteinuria is defined as >0.3g/d in a 24 urine collection of >30mg/mmol urinary creatinine in a random urine sample.
There are other clinical manifestations of pre-eclampsia of which none are specific:

While pre-eclampsia is fairly common, eclampsia is a fairly rare complications. Interestingly, only 20% of women with eclampsia have documented HTN in the week before their seizure, 10% will only have proteinuria and 10% will have neither. Eclampsia typically occurs in the second half of pregnancy or during labor. However, it can still occur after the birth.

The prevention and treatment of pregnancy induced HTN and pre-eclampsia are beyond the scope of this podcast. For more information please visit the Society of Obstetricians and Gynecologists of Canada (SOGC) Guidelines on the topic: Diagnosis, Evaluation and Management of the Hypertension Disorders of Pregnancy.

What is the better treatment for eclampsia, magnesium sulphate or diazepam? 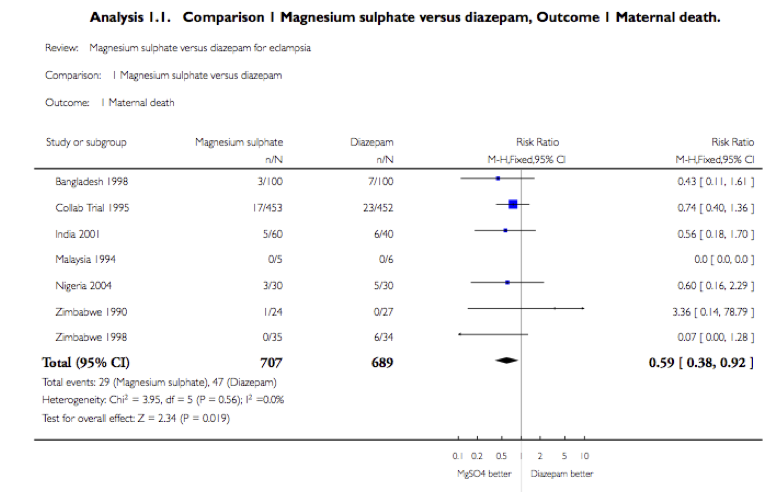 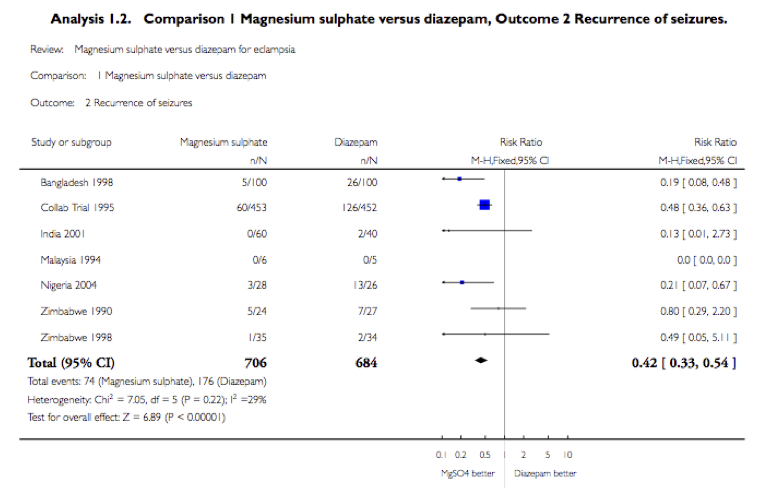 Forest Plots: “A graphical display designed to illustrate the relative strength of treatment effects in multiple quantitative scientific studies addressing the same question. It was developed for use in medical research as a means of graphically representing a meta-analysis of the results of randomized controlled trials.”

Heterogeneity: “Statistical heterogeneity manifests itself in the observed intervention effects being more different from each other than one would expect due to random error (chance) alone”.Cochrane

The mechanism of action for magnesium suphate to treat eclampsia is not clearly understood. Infusion of magnesium can cause serious reactions such as cardiovascular collapse and respiratory paralysis.

Magnesium is also recommended as prophylasis against eclampsia in women with severe pre-eclampsia (TheNNT).

“Magnesium sulphate for women with eclampsia reduces the risk ratio of maternal death and of recurrence of seizures, compared with diazepam.”

Complications of pregnancy and child birth results in about  358,000 maternal deaths world wide in 2008. However, 99% of these deaths occur in low- and middle income countries. The risk of death in developed countries from pregnancy related issues is 1 in 1,000-4,000. In contrast, women in developing countries have a 1 in 15-20 risk of death. This is the highest disparity between high and low income countiries in the world. This systematic review involved  ~1,400 woman from seven studies. Three of the studies were of high quality representing about 1,000 patients. Magnesium sulphate compared to diazepam reduced the relative risk of death by 41% and recurrence of seizures by 57%. it is cheap, safe, easy to give and effective.

Delivery of the baby is the only definitive treatment for pre-eclampsia or eclampsia. However, giving magnesium sulphate 4g IV loading dose followed by 1gm/hr infusion for 24hrs saves lives and prevents further seizures in women with eclampsia.

Last weeks winner of the Keener Kontest was Dr. A. Radan of Homesville, Ontario. He knew that you should be skeptical of anything you learn/taught, even if you learned/taught it on TheSGEM.

This weeks Keener Kontest question is what book did the quote “Don’t Panic” come from?

Email your answer to TheSGEM@gmail.com or go to the “Contact Us” link at the top of the home page. Use “Keener Kontest” in the subject line. First one to email me the correct answer will win a cool skeptical prize:) 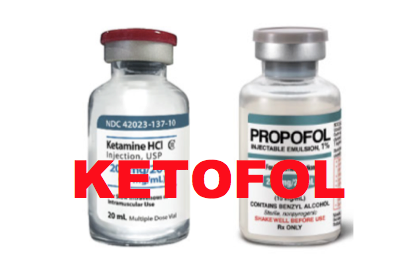 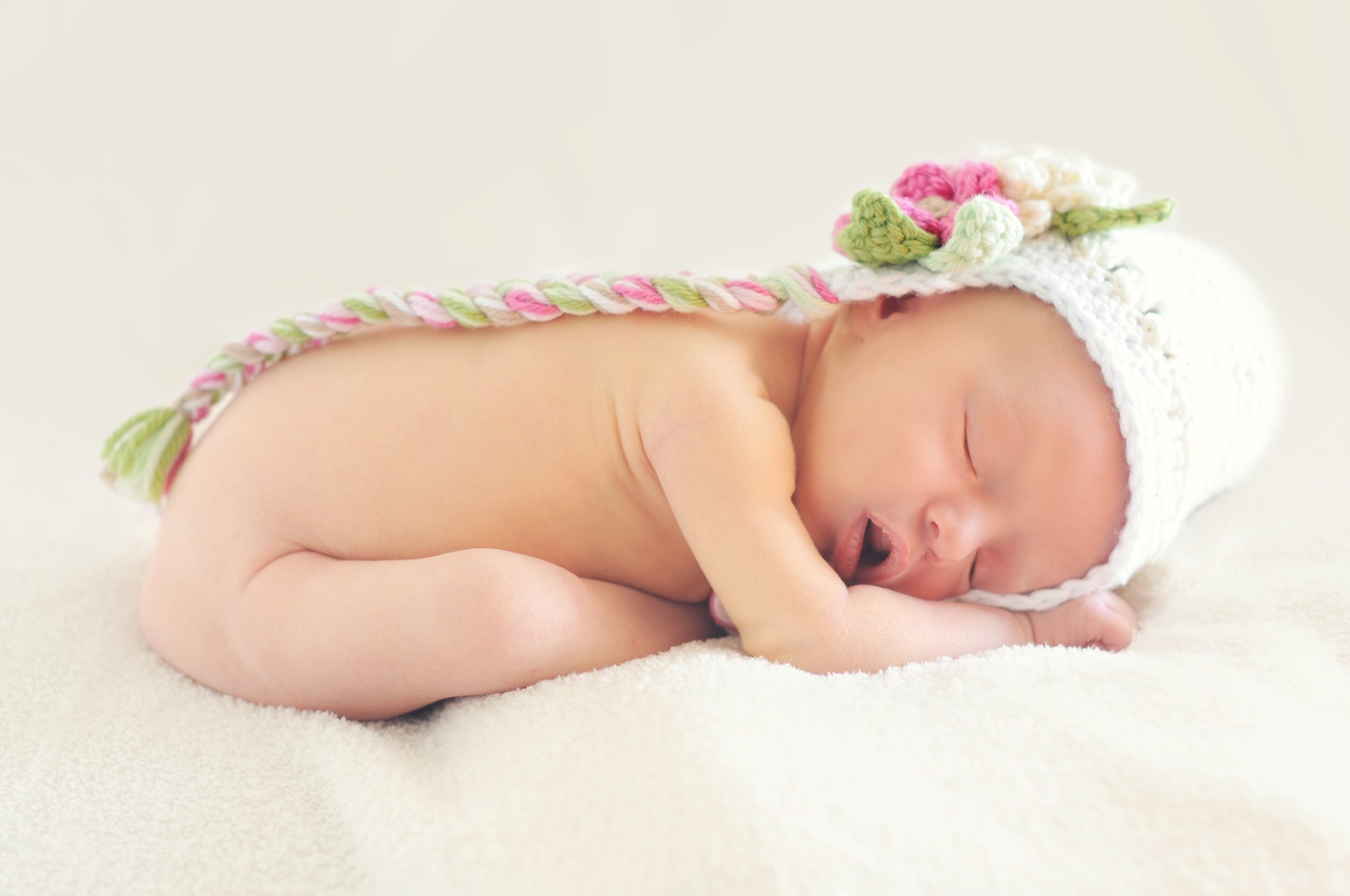 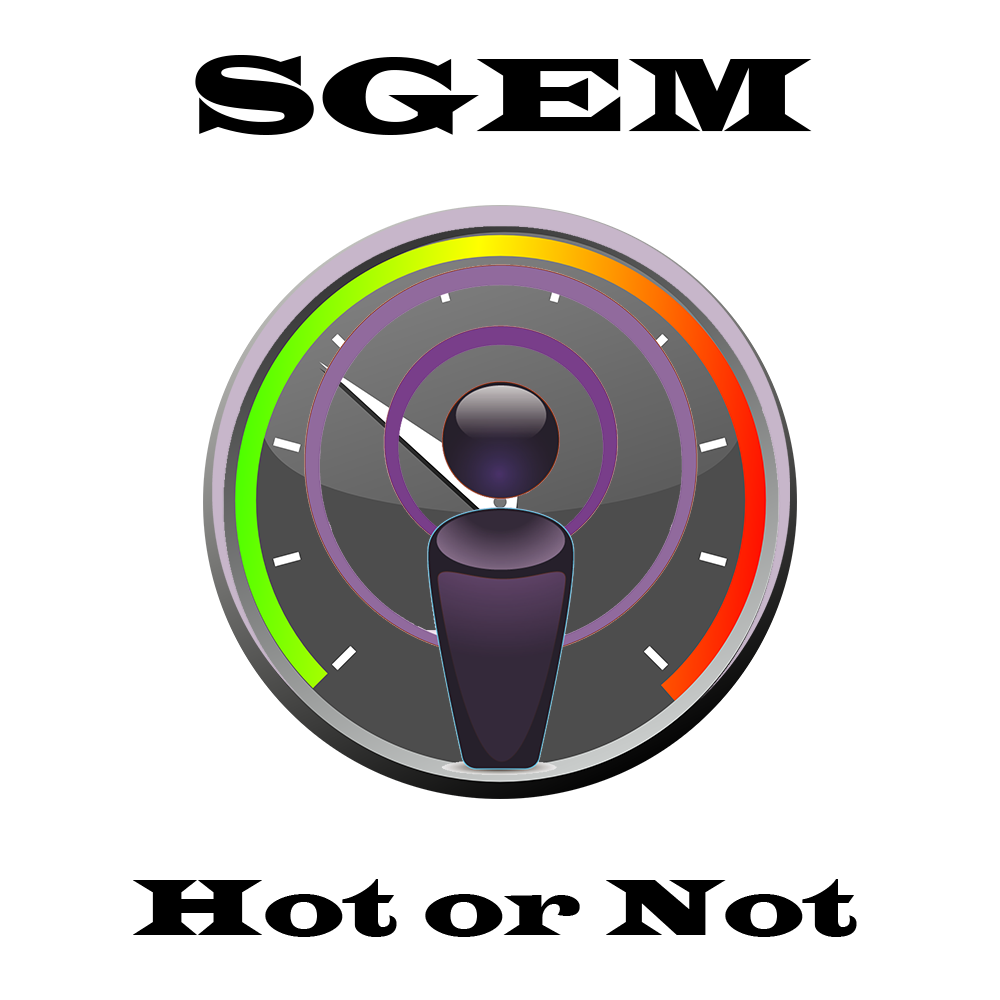 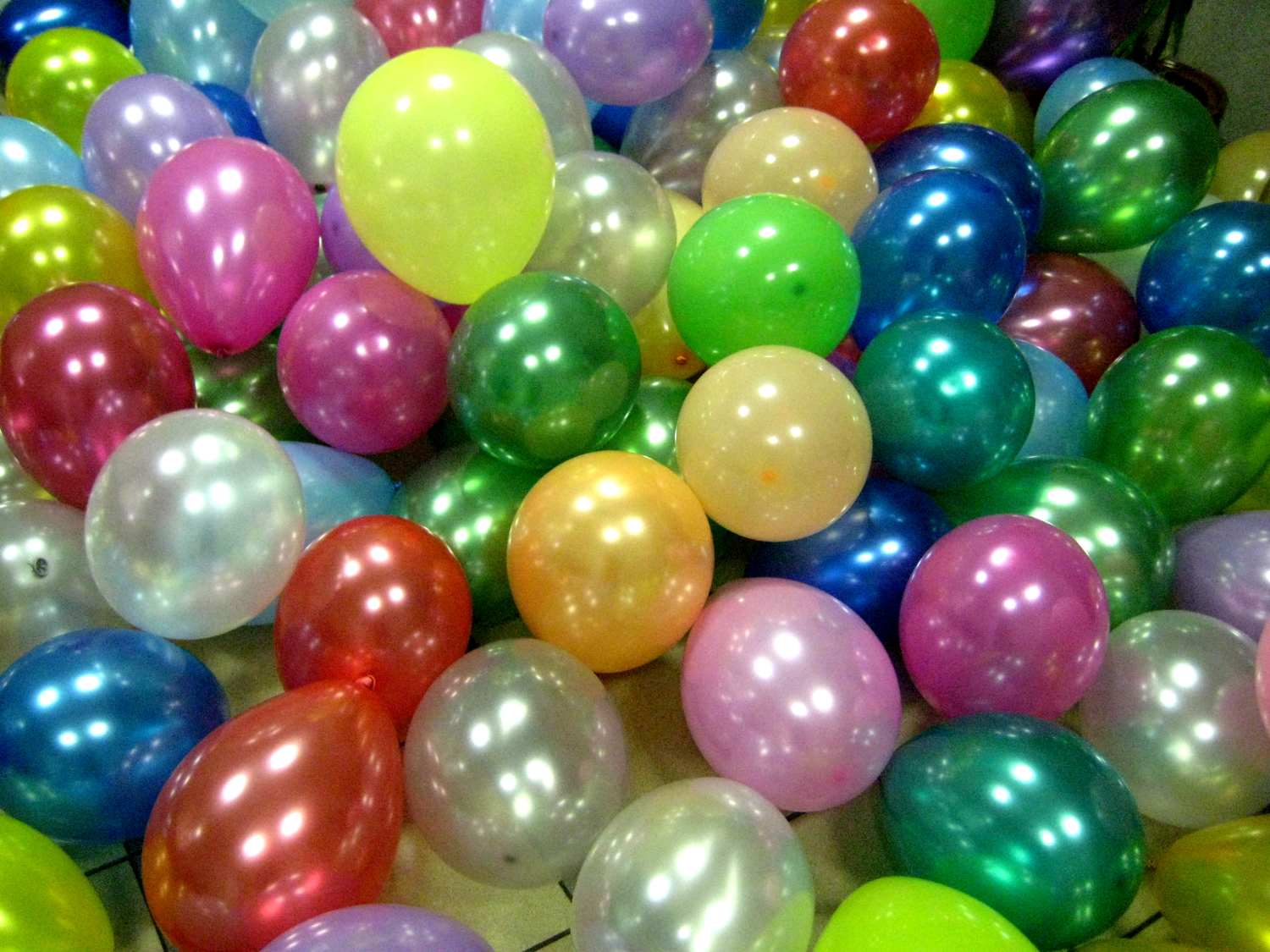 SGEM#132: One Balloon for Otitis Media with Effusion